ME Awareness: Teen says teacher’s fake illness claim over ME saw her spiral towards self-harm | 10 May 2019

Milly Lowsley, 13, was in primary seven when her battle with ME began but her teacher refused to believe she was ill and made her life a misery

A brave teenager has told how a teacher’s claim that she was feigning illness sent her spiralling towards self-harm. 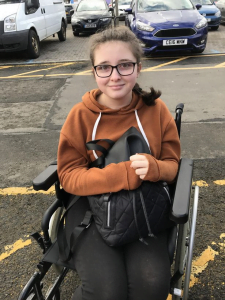 13-year-old ME sufferer Milly Lowsley is now forced to use a wheelchair (Image: Daily Record)

Milly Lowsley, 13, spoke out about her experiences during ME Awareness Week to help raise the profile of her condition and encourage further research.

She was in primary seven when her battle with ME (myalgic encephalomyelitis) began. It has cruelly been labelled “yuppie flu” in the past and even now, some medics are not convinced it is a physical illness.

But the added pressure of having a teacher constantly claiming there was nothing wrong with Milly led to the deterioration in her mental health – causing her to self-harm at just 11 years old.

The youngster, who uses a wheelchair when she is not bedbound or housebound, was in P5 when she was ended up in hospital with a nasty virus.

Mum Fiona, 46, said: “It took ages for her to recover and then even a little thing like a cold hit her hard.” Milly progressively deteriorated and a paediatrician diagnosed her with ME after a year of tests.

Fiona added: “That was a very tough year for Milly. The headteacher was very supportive but her class teacher wasn’t.”

Milly said: “Sometimes I feel she made me a lot worse. With ME, you also get brain fog and need more time to process things.” 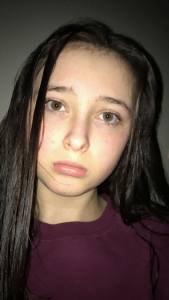 Milly Lowsley turned to self harm as a result of “a clash between the pain and not being believed” (Image: Daily Record)

“I had always struggled with maths but one day the rest of the class had finished and she said you will all have to wait until everyone is finished.”

“All the class watched while I cried. If more pressure is put on you, it makes the condition worse.”

By the end of primary seven, Milly had begun to self harm, which she says was as a result of “a clash between the pain and not being believed”.

She is a pupil at North Berwick High but hasn’t been at school since last June because of the effects of her condition.

Milly said: “I used to love cycling and walking our dog but I can’t get do anything now. You think about the person you could be but can’t. It is almost like losing your personality, losing yourself.”

Fiona is aggrieved that East Lothian Council do not provide outreach support for pupils like Milly.

She said: “East Lothian was the first council to adopt GIRFEC – getting it right for every child – but they can’t get it more wrong.”

“We work with a wide range of partners … to support children, young people and families who live with medical conditions that impact upon their ability to fully participate in school.”

“Staff are sympathetic to the health and wellbeing needs of their students and will work to make sure these are met.” 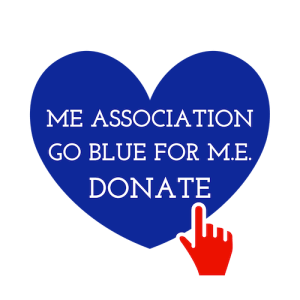