Believed to affect about one million people in the United States, it is associated with extremely reduced quality of life.

The B-cell-depleting monoclonal antibody rituximab is approved for use in adults with several types of cancers and autoimmune conditions, including non-Hodgkin lymphoma and chronic lymphcytic leukemia, and as second-line therapy for rheumatoid arthritis.

They also cite a significantly increased risk for B-cell lymphoma among elderly patients with ME/CFS.

Rowe writes that the heterogeneity of the illness adds to the challenge of researching treatments for it. The current study used one of the more restrictive case definitions of ME/CFS, the Canadian Consensus Criteria.

Rowe notes, “Persons with ME/CFS often meet criteria for several comorbid conditions, each of which could flare during a trial, possibly obscuring a true beneficial effect of an intervention.”

No Differences With Rituximab, Placebo in Clinical Endpoints

The study was conducted at four university hospitals and one general hospital in Norway and included 151 patients. All patients in the trial met the Canadian Consensus Criteria for ME/CFS and had had the condition for 2 to 15 years.

The rituximab intervention involved two infusions 2 weeks apart at doses of 500 mg/m2 of body surface area, followed by maintenance infusions of 500 mg at 3, 6, 9, and 12 months, or similar infusions of placebo.

One of two primary outcomes, repeated measures of fatigue scores, which assessed fatigue, postexertional exhaustion, need for rest, and daily functioning on the basis of self-report over 24 months, did not differ significantly between the treatment groups during follow-up (P = .80). The difference in average fatigue score between the patients who received placebo and those who received rituximab was an insignificant 0.02 points.

Similarly, the overall rate of response, defined as a fatigue score of at least 4.5 on a 0 – 6 scale, in which higher numbers indicated improvement, for at least 8 consecutive weeks was 35.1% with placebo and 26.0% with rituximab, which was not a significant difference (P = .22).

There were also no differences in secondary outcomes, including responses to the Short Form–36 Health Survey (P = .67) or measures of function and fatigue severity. 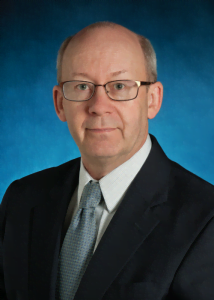 Fluge and colleagues say that the negative outcome of this trial “should spur research to assess patient subgroups and further elucidate disease mechanisms, of which recently disclosed impairment of energy metabolism may be important.”

Rowe says that although this study does weaken the case for rituximab, “other immunologic abnormalities in ME/CFS deserve further investigation,” including the overlap of symptoms with mast cell activation syndrome.

Rowe also suggests that future research could include an open treatment run-in period, which might allow better control of comorbid conditions. Another approach that he suggests would be to provide treatment to all patients initially, and then randomly assign only those who responded to treatment to either continue or discontinue treatment.

He notes that enrolling only patients with a specific biomarker might help match disease subgroup to the intervention. Rowe concludes by saying,

The RituxME trial received funding from the Norwegian Research Council, the Norwegian Regional Health Trusts, the MEandYou Foundation, the Norwegian ME Association, and the legacy of Torstein Hereid. The research group for ME/CFS at Haukeland University Hospital receives funding from the Kavli Trust. In addition, Haukeland University Hospital has patents and patent applications related to B-cell depletion therapy for ME/CFS. Fluge is an inventor in these applications. Rowe is co–primary investigator on the data management and coordinating center for the NIH Myalgic Encephalomyelitis/Chronic Fatigue Syndrome Collaborative Research Centers and is a member of the Scientific Advisory Board of Solve ME/CFS.