Sadly, we’ve heard that M.E. patient advocate and veteran of the Royal Free outbreak, Pauline Ovenden has passed away. She will be greatly missed. 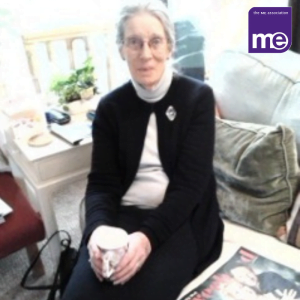 Pauline was a founder member of the Herefordshire ME/CFS/FMS Group 33 years ago, and part of a team that promoted a set of guidelines to local health authorities about M.E.

Pauline was a survivor from the Royal Free Hospital outbreak in 1955. She was highly articulate, utterly dedicated to the process of informing the public about M.E.; and as a Royal Free veteran she carried more authority than the rest of us.

Soon after publication of the Report to the Chief Medical Officer on ME/CFS in January 2002, the Guardian featured Pauline’s story its front page:

‘For half a century, Pauline Ovenden has felt unable to talk to anyone in the medical profession about what is wrong with her, even though she was once a nurse.’

‘In 1955, she was working at the Royal Free hospital in London when large numbers of staff were felled by a mysterious illness. Nobody understood what was happening, but in late July, with 70 nurses and other staff sick, the hospital was closed…’

‘Mrs Ovenden and many others believe that an unknown virus was brought into the hospital which acted as a trigger for the ME that she has suffered ever since. The early symptoms were malaise and headache, often with depression and tearfulness, according to Melvin Ramsay who investigated at the time…’

“I only dress on the days I go shopping. Getting dressed drains away the energy I need to do little things in the house.”

“About seven years ago I went to bed in the afternoon, which I never used to do. I then went to get out of bed to cook a meal and my legs wouldn’t hold me.”

She wishes for more research and understanding. “One of my GPs said it is a living hell. I said thank you – that is the first time anybody has understood.”

In 2007 Pauline was awarded the Herefordshire Voluntary Action ‘Volunteer of the Year’ Award in appreciation for her work for sufferers nationally and locally, and on a personal basis.

Pauline’s ‘Personal Account of the outbreak of ME at the Royal Free Hospital’ was included in the Herefordshire ME/CFS/FMS Group and Worcestershire ME Support Group newsletters in 2004. An extract from these newsletters is now available on the Worcestershire M.E. Social Group website with this sad news.

It is very clear from the messages of condolence that I have read, Pauline will be missed by her many friends.

“I was very sad to learn of the death of Pauline – and can still recall our first contact when she got in touch with me to talk about her experiences of being part of the famous Royal Free Hospital outbreak of ME back in 1955.”

“Pauline played a very important role in trying to improve services for people with ME/CFS in both Herefordshire and Worcestershire for many years.”

“She was also very skilled when it came to using her extensive knowledge to educate the public about M.E.”

We understand that Pauline’s funeral is on Friday 1st March at Hereford crematorium, at 3.00pm.

A selection from the many messages of condolence:

“I am very sad to hear this news, my friend for many years”

“The sad loss of a stalwart supporter of ME sufferers”

“My condolences to the family. RIP Pauline”

“Over the years I had the greatest respect and admiration for Pauline, both as a person and friend, and as a fearsome and knowledgeable campaigner for ME. I know she was widely respected throughout the ME world. Pauline will be greatly missed”

“My deepest condolences to her family and many friends”

“Such sad news, to hear of her passing.”