The ‘Girl in the Window’ has M.E. and is housebound. From award-winning author Penny Joelson | 12 November 2018

Girl in the Window

Kasia in ‘Girl in the Window’ has M.E. and is housebound. She has not been downstairs for the last ten weeks.

“Nothing ever happens on Kasia’s street. And Kasia would know, because her illness makes her spend days stuck at home, watching the world from her bedroom window. So, when she sees what looks like a kidnapping, she’s not sure whether she can believe her own eyes…” 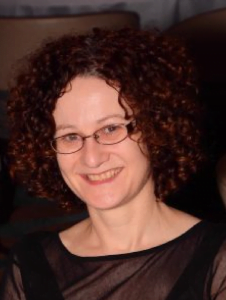 When I decided the main character in my new Young Adult novel was going to have M.E., I didn’t realise quite what a challenge I had on my hands.

After all, I’d had M.E. myself. But there are very few (if any!) representations of M.E. in Young Adult fiction. I felt a burden of responsibility.

M.E. is so variable – in symptoms, degree of symptoms, impact and length of condition.

How could I reflect all this experience with one character in a book? Also, I wanted my character’s health to improve but what treatment, if any, should she have?

With all the controversies, it wasn’t going to be easy.

I also had to deal with my own emotional demons. I had recovered (not fully but to an extent where I have a far better quality of life).

I’d become ill in my twenties after a flu-like virus and my life was severely restricted for the next ten years. I was cared for first by my mum and later moved into supported accommodation for disabled people.

At my best I could walk for ten minutes so used a wheelchair for longer distances with my mum to push me around. I had constant muscle pain, swollen glands, exhaustion after minimal activity.

After ten years I had no belief that I would get better – but I did. I give thanks every day for the life I now lead, for the smallest things that I can do as well as the bigger things – like getting married, having children and travelling.

When my health improved thirteen years ago, I wanted to put ME in the past and get on with life, making up for lost time. I was almost superstitious, as if even thinking about it might bring my symptoms back.

Creating a character with ME meant reliving my experiences. It also meant looking to see what progress has been made in research. I was shocked to see that things have not moved forward at all. I also watched Jennifer Brea’s incredible film, ‘Unrest’.

A fellow writer, Odette had told me her granddaughter had ME and I hoped she might help me – but I was shocked to learn Cherry, now aged 20, is bed bound and has to be tube-fed.

She can barely speak and was not going to be able to help. Knowing this, I felt even more driven to raise awareness and I also decided to dedicate the book to Cherry.

‘Girl in the Window’ is available from:

Through online networks I found teenagers with ME willing to help me and I was very moved by their stories. I wanted to reflect these young people’s experiences and my own, while also meeting my publisher’s criteria for the book to be ‘upbeat’ (not easy!) and take place over the course of a year (I had planned it as two years).

I wanted Kasia – my central character – to show signs of beginning to recover but not to ‘have recovered’ by the end and I felt pacing was the best approach for her, being the least controversial and also being what helped me.

I also wanted to give hope to people with ME – because I know the possibility of improvement is there even after many years of illness. That is not to minimise the desperate need for research to be done to understand the cause of this physical illness and to find
medical treatments for it that work.

Once I had a third draft, I got feedback from young people with ME. I made some changes as a result, but their responses were very positive. They could relate to it and that was important to me.

I included an online support group in the story to reflect a wider range of experiences than that of the main character but of course, not everyone will relate to the way ME is portrayed in this book.

The ME storyline is also not the only focus. ‘Girl in the Window’ is primarily an intriguing mystery involving a possible abduction and a girl seen at the window opposite who never leaves the house.

I have had an incredibly positive response to ‘Girl in the Window’ so far – from people who say they have increased awareness of ME after reading it and from people with ME too. 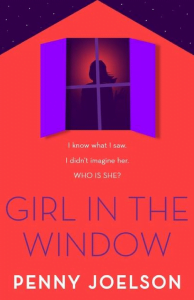 Lucas (Goodreads):
‘The frustration that Kasia feels when people in her school don’t really believe that she suffers from a real medical condition and is just trying to get out of school is tough and I can’t imagine how that feels.’

Sophie (GoodReads) who has ME:
‘I felt like it was portrayed really well from the delay in symptoms, to the isolation and how some people, even if they mean well, don’t understand.’

Emily (Amazon) who has ME:
‘I think it’s a breakthrough! It was written so well and perfectly describes what it is like to live with this illness! Would recommend to all!’

All I can say is, please read it yourself and let me know what you think.