‘ME Awareness Week’ New Motion from Gail Ross, MSP, in the Scottish Parliament | 14 May 2018

A motion in the Scottish Parliament has been launched by Gail Ross, MSP for Caithness, Sutherland and Ross, in support of ME Awareness Week. If sufficient numbers of MSPs can be encouraged to sign the Motion then it could be used to bolster support for a full debate in Westminster.

The motion follows a meeting last week, hosted by Ms. Ross in Holyrood, which brought patients, charity representatives and other MSPs together to discuss the issues surrounding M.E. in Scotland. ME Association Trustee, Ewan Dale, was in attendance and we hope to hear from him very soon.

What is a Motion? 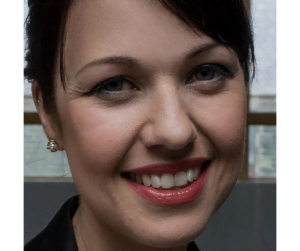 Motions are used by MSPs as a device to initiate debate or propose a course of action and are very similar to the Early Day Motions used in Westminster.

Motions can be lodged for debate in Parliament as part of parliamentary business, for debate as part of Members’ Business, to propose that legislation is agreed to or passed or simply to generate support. Other MSPs can sign up in support of motions that have been lodged.

Amendments to motions are also lodged by MSPs to allow alternative points of view to be discussed and debated.

The Motions Search allows you to search for motions which have been lodged. You can do this by MSP, the motion ID number or a general subject search.

What is this motion all about?

The new motion draws attention to ME Awareness Week and it is hoped that it will attract the signatures from those MSPs who have an interest in M.E. or whose constituents have raised it as an issue with them.

That the Parliament celebrates ME Awareness Week, which ran from 7 to 13 May 2018; acknowledges that people with ME, their families and ME organisations worked hard during the week to highlight the lived experience of people with ME/CFS; notes that many people with ME attended a reception at the Parliament on 9 May, which was organised by Action for ME and sought to raise awareness of the condition, and thanks all those with ME who attended this and other events around the country to share their stories.

We understand that the more signatures this Motion attracts the greater the chance of an actual debate taking place on particular issues relating to M.E.

An Early Day Motion had earlier been launched by Carol Monaghan, MSP, in Westminster again for ME Awareness Week, and the two motions are intended to generate interest up and down the country.

An application for a full debate in Westminster is expected to be lodged very soon, and the issues likely to be debated will include:

It is not clear at this point if Ms Ross also intends for there to be a full debate in the Scottish Parliament. But we will let you know as soon as we learn more.

Write to your MSP

The ME Association, #MEAction, Action for ME, other charities and individuals have been working together to provide a comprehensive briefing document for those MSPs who express an interest in M.E., and we hope that with your help we can persuade more MSPs to sign the Motion.

So, please write or email your MSP and ask them to support this Motion explaining why, in your own words, the issue of M.E. is so important. You can find your MSP’s details by visiting the Scottish Parliament website and entering their name or your postcode.

Your letter or email need not be long or involved. This template might help, but feel free to personalise. Some people feel that a written (even typed) letter sent in the post achieves a better result, but choose whatever means is easiest for you.

I am writing to ask that you sign Motion S5M-12207 in support of ME Awareness Week.

As your constituent, this issue is very important to me, and I would be grateful if you could lend your support to this important issue.

(Make sure to include full name and address when signing off, e.g.:

Motion in the Scottish Parliament S5M-12207 ‘ME Awareness Week’