Following the stakeholder consultation, NICE have this morning announced they will now commence a FULL REVIEW of the guideline for ME/CFS, effectively overturning previous expert advice not to update it.

The following has been taken from the NICE website, and was shared across social media:

“The strong message from stakeholders was that the continuing debate about the causes of this condition and the best approach to treatment argued for a review of the current guideline.” 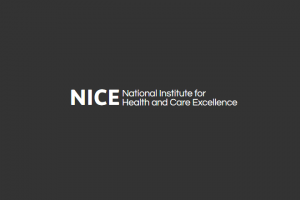 “We will now recruit a guideline committee which will include people with the condition and their carers, the healthcare professionals who treat them and the organisations which commission that treatment. As with all the guidance we produce, we will also ensure that stakeholders have the opportunity to provide evidence and insights throughout the development of the guideline.”

‘CFS/ME is a relatively common condition affecting around 190,000 people in the UK. It comprises a range of symptoms that includes tiredness, headaches, sleep disturbances, difficulties concentrating and muscle pain.’

‘It can cause prolonged illness and disability and although some people have relatively mild symptoms and can still manage daily activities with additional rest, others have a serious illness that severely affects their everyday lives and may be housebound. The pattern of a person’s symptoms, and their severity, can vary from day to day, or even in the same day.’

‘Further details about the review, including a scope outlining what it will cover and information about recruitment to the guideline committee, will be published on the NICE website as they become available.’

‘We will plan a full update with a modified scope of the guideline on chronic fatigue syndrome/myalgic encephalomyelitis (or encephalopathy) (NICE guideline CG53).

Reason for the decision

‘Initial assessment of the evidence against the guideline scope indicated that there was no clear signal that the identified new evidence would result in changes to the recommendations (see appendix A: pre-consultation summary of evidence from surveillance).

‘Following a stakeholder consultation on the proposal to not update the guideline, broader issues with the guideline were highlighted that called into question the guideline scope and its current relevance.

‘After further consideration of information from stakeholders including new evidence (see appendix B: summary of evidence highlighted to NICE during consultation, and appendix C: stakeholder consultation comments table) alongside the evidence identified through the surveillance review, NICE has decided to fully update the guideline with a modified scope.

‘No equalities issues were identified during the surveillance process.

‘After considering all the evidence and views of topic experts, we decided that a full update with modified scope is necessary for this guideline.

‘See how we made the decision for further information.

‘Several themes emerged from the comments received at consultation which are detailed below. Stakeholders highlighted concerns with the existing guideline related to diagnosis, and interventions for treatment and management. Additionally, stakeholders raised issues around service delivery in respect to variation in practice, definitions and particular sub-groups that the current guideline does not differentiate between.’

Implementation, and information and support needs

The ME Association will bring you more news in due course as well as reaction to this latest welcome development.

You can read how NICE made this decision on their website. It very much looks as though stakeholder submissions and advocacy efforts won out.

Well done everyone who was able to take part and make a submission, and a special thank you to all who supported our petition calling for a full review of the guideline.