In Saturday’s blog we featured a press release from the Journal of Health Psychology (The Pace Trial – The Making of a Medical Scandal). Today the Journal has published its promised special issue on the PACE Trial with an introduction from editor David Marks (pictured, and reproduced in full below).

Abstract
We are proud that this issue marks a special contribution by the Journal of Health Psychology to the literature concerning interventions to manage adaptation to chronic health problems. The PACE Trial debate reveals deeply embedded differences between critics and investigators. It reveals an unwillingness of the co-principal investigators of the PACE trial to engage in authentic discussion and debate. It leads one to question the wisdom of such a large investment from the public purse (£5million) on what is a textbook example of a poorly done trial.

Concept
The Journal of Health Psychology received a submission in the form of a critical review of one of the largest psychotherapy trials ever done, the PACE Trial.

PACE was a trial of therapies for patients with myalgic encephalomyelitis (ME)/chronic fatigue syndrome (CFS), a trial that has been associated with a great deal of controversy (Geraghty, 2016).

Following publication of the critical paper by Keith Geraghty (2016), the PACE Trial investigators responded with an Open Peer Commentary paper (White et al., 2017). The review and response were sent to more than 40 experts on both sides of the debate for commentaries.

The resulting collection is rich and varied in the perspectives it offers from a neglected point of view. Many of the commentators should be applauded for their courage, resilience and ‘insider’ understanding of experience with ME/CFS.

The Editorial Board wants to go on record that the PACE Trial investigators and their supporters were given numerous opportunities to participate, even extending the possibility of appeals and re-reviews when they would not normally be offered. That they failed to respond appropriately is disappointing.

The PACE Trial investigators’ defence of the trial was in a template format that failed to engage with critics. Before submitting their reply, Professors Peter White, Trudie Chalder and Michael Sharpe wrote to me as co-principal investigators of the PACE trial to seek a retraction of sections of Geraghty’s paper, a declaration of conflicts of interest (COI) by Keith Geraghty on the grounds that he suffers from ME/CFS, and publication of their response without peer review (White et al., 4 November 2016, email to David F Marks). All three requests were refused.

On the question of COI, the PACE authors themselves appear to hold strong allegiances to cognitive behavioural therapy (CBT) and graded exercise therapy (GET) – treatments they developed for ME/CFS. Stark COI have been exposed by the commentaries including the PACE authors themselves who hold a double role as advisers to the UK Government Department of Work and Pensions (DWP), a sponsor of PACE, while at the same time working as advisers to large insurance companies who have gone on record about the potential financial losses from ME/CFS being deemed a long-term physical illness.

In a further twist to the debate, undeclared COI of Petrie and Weinman (2017) were alleged by two of the commentators (Agardy, 2017; Lubet, 2017). Professors Weinman and Petrie adamantly deny that their work as advisers to Atlantis Healthcare represents a COI:

“We are very clear that there is not a COI that we need to declare. We have had nothing to do with the PACE trial and neither of us work on CFS. Our Atlantis link does not provide any conflicts as Atlantis focuses on supporting patient adherence to medication for various long term conditions, and has not had any involvement with patients with CFS.” (Weinman and Petrie, 9 May 2017, email to David F Marks)

After the online publication of several critical Commentaries, Professors White, Sharpe, Chalder and 16 co-authors were offered a further opportunity to respond to their critics in the round but they chose not to do so. They wrote: As always, we would refer interested readers to our original publications and trial website where most, if not all, the issues brought up by commentators are addressed (Chalder and Sharpe, 12 May 2017, email to David F Marks).

After peer review, authors were invited to revise their manuscripts in response to reviewer feedback and many made multiple drafts. The outcome is a set of robust papers that should stand the test of time and offer significant new light on what went wrong with the PACE Trial that has been of such high significance for the nature of treatment protocols. It is disappointing that what has been the more dominant other side refused to participate.

Unfortunately, across the pro-PACE group of authors there was a consistent pattern of resistance to the debate. After receiving critical reviews, the pro-PACE authors chose to make only cosmetic changes or not to revise their manuscripts in any way whatsoever. They appeared unwilling to enter into the spirit of scientific debate. They acted with a sense of entitlement not to have to respond to criticism.

Two pro-PACE authors even showed disdain for ME/CFS patients, stating: We have no wish to get into debates with patients. In another instance, three pro-PACE authors attempted to subvert the journal’s policy on COI by recommending reviewers who were strongly conflicted, forcing rejection of their paper.

The dearth of pro-PACE manuscripts to start off with (five submissions), the poor quality, the intransigence of authors to revise and the unavoidable rejection of three pro-PACE manuscripts led to an imbalance in papers between the two sides. However, this editor was loathe to compromise standards by publishing unsound pieces in spite of the pressure to go ahead and publish from people who should know better. 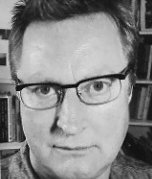 We are proud that this issue marks a special contribution by the Journal of Health Psychology to the literature concerning interventions to manage adaptation to chronic health problems.

The PACE Trial debate reveals deeply embedded differences between critics and investigators. It also reveals an unwillingness of the co-principal investigators of the PACE trial to engage in discussion and debate.

It leads one to question the wisdom of such a large investment from the public purse (£5 million) on what is a textbook example of a poorly done trial.

ME/CFS research has been poorly served by the PACE Trial and a fresh new approach to treatment is clearly warranted.

On the basis of this Special Issue, readers can make up their own minds about the scientific merits and demerits of the PACE Trial. It is to be hoped that the debate will provide a more rational basis for evidence-based improvements to the care pathway for hundreds of thousands of patients.

In a further twist to these developments, the Science Media Centre has attempted to rally some support for the PACE Trial:

The declared conflict of interest from Professor Macleod seems particularly petty: “Prof Sharpe used to have an office next to my wife’s; and I sit on the PLoS Data board that considered what to do about one of their other studies.”

But perhaps the comment from Dr Neha Issar-Brown at the Medical Research Council, who co-funded the PACE Trial, is more circumspect:

“All research evolves by continually re-evaluating existing evidence and looking for new knowledge and we would always welcome high-quality research applications to better understand the underlying disease mechanisms, causes, prevention and treatments for this extremely debilitating condition.”

You can read all three expert reactions – an anonymous spokesperson from Oxford University also left a comment – by clicking, here.