In America, the Centers for Disease Control and Prevention (CDC) has updated its website information for ME/CFS, improving diagnostic criteria and removing previous recommended treatments – CBT and GET. 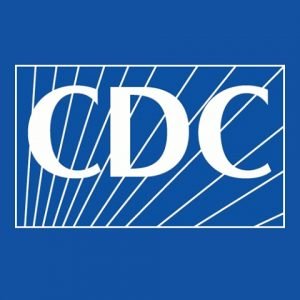 While it seems that we must wait to see if this new information is reflected in updated guidance for medical professionals, it is nonetheless being heralded as an important development.

Yesterday, in the UK, NICE published its consultation document which confirmed the recommendation to take no action with regards to the current guideline.

The ME Association is protesting this decision and is currently considering its written response as a stakeholder in the consultation process.

We feel there are many aspects of the current guideline that warrant review including the continued recommendation of CBT and GET.

The ME Association’s online petition ‘The NICE guideline for CFS/ME is not fit for purpose and needs a complete revision‘, has attracted over 4,000 supporters in less than 24 hours.

It will close on Monday 17th July at 5pm, when we will present it to the review committee for delivery to Sir Andrew Dillon (chief executive, NICE guidance executive).

David Tuller in his latest blog, Trial By Error: The CDC Drops CBT/GET, explains in more detail what has happened at the CDC and why this may herald an important and fundamental change for ME/CFS.

We have selected pertinent extracts from his blog, and reproduced them below:

“Just as The Lancet has published more “evidence” for graded exercise, the CDC has moved decisively in the opposite direction. In revamping the information on the part of its website geared toward the general public, the agency has “disappeared” all mention of CBT and GET as treatment or management strategies. Patients and advocates have long pushed for this step, as did Julie Rehmeyer and I in a New York Times opinion piece in March. Although the revised text is dated as having been reviewed on May 30th, it apparently went live sometime during the first week of July. (The CDC has still not revised the pages designed for health care providers, although old information has been removed. The agency calls the illness ME/CFS.)”

“For advocates, the CDC’s removal of the CBT/GET recommendations represents a major victory. “I think it’s huge,” said Mary Dimmock, an advocate who has long pressured the CDC to revise its website. Given the agency’s stature, she added, the decision could have widespread impact, not just in the U.S. but internationally as well. Many health care providers and institutions here and abroad look to the CDC for guidance in public health matters.”

“So many patients have been made worse by the treatments,” said Dimmock, who became an advocate after her son became seriously ill several years ago. “While there is more to be done, removing these recommendations is a significant step forward in protecting ME patients from harm.”

“In the revision, the CDC website has dropped the agency’s 1994 definition of the illness. The new definition, based on the one proposed in a 2015 report from the Institute of Medicine (now the Academy of Medicine), requires the presence of “post-exertional malaise.” In the 1994 definition, that was only one of eight optional symptoms. The immediate implication of the shift is that GET should likely be considered contraindicated, given the premium this intervention places on steadily boosting activity levels. The form of CBT prescribed in PACE could also be contraindicated, since the ultimate goal of that intervention is likewise to increase activity. (The CDC has not adopted the name proposed by the IOM report, “systemic exertion intolerance disease.”)”

“In addition to symptomatic relief, the revised CDC website suggests such management strategies as a balanced diet, nutritional supplements and complementary medicine.”

“Of course, avoiding “push-and-crash” is what patients already do when they practice pacing. The “push-and-crash” language itself appears to be closely aligned with the arguments provided by the PACE investigators and their colleagues; many patients might describe their experiences differently. Nevertheless, removing the CBT/GET recommendations is a welcome step, if overdue. For years, patients and advocates pointed out the problems with PACE and related research, and also cited the evidence that too much exertion caused harm because of physiological abnormalities, not the deconditioning presumed by CBT and GET. But until now, the agency refused to make the necessary changes.”

“The CDC has another urgent obligation: To communicate with the U.K.’s National Institute for Health and Care Excellence, which develops clinical guidelines for various medical conditions. NICE is currently debating whether or not its recommendations for the illness—which it calls CFS/ME–need to be reviewed; of course, these recommendations include CBT and GET as indicated treatments. NICE is soliciting input this month from stakeholders, but the expert panel assessing the situation has apparently made a provisional decision that no review is required.”

“The CDC has a long history of collaborating with key members of the PACE team and others in the U.K. medical and public health establishments; it is not surprising that prescribing CBT and/or GET should have become standards of care in both countries. It is now incumbent on U.S. public health officials to alert their British colleagues, including those at NICE, that they have just abandoned these longstanding recommendations. They should also explain why they have taken that major step, and why NICE should consider doing the same. (More on the NICE guidelines later this week.)”

David’s latest blog can be read in full, here.