On Tuesday September 15, I flew to the Isle of Man at the invitation of ME Support Isle of Man. During the next few days I met with patients, doctors and other health professionals, government officials from the health and social security ministries, and the media.

The purpose of my visit was two-fold.  First was to take part in a post-graduate educational event at Noble’s Hospital in Douglas.  Second was to add information and support to plans to set up a physician-led, multidisciplinary referral service on the island for people with ME/CFS. .

Whilst the Isle of Man has its own government – Tynwald – and is not part of the United Kingdom, it does still maintain close links with the UK.

In relation to health care and sickness benefits, it has a similar set up to the UK. The main difference being that people who require medical care that cannot be provided on the island have to be flown to Liverpool (or some other NHS hospital) for out- or in-patient treatment.  For people with ME/CFS, this is clearly not an ideal way of obtaining care.  Being flown to England is tiring when you are ill and is also quite costly. In addition, being referred to a hospital service in England for ME/CFS is not a readily available option.

The IoM social security system has decided to remain with Incapacity Benefit and Disability Living Allowance – rather than move to ESA and PIP.  Medical assessments for benefit entitlement remain very similar and, not surprisingly, cause very similar problems to here in the UK.

Based on the current estimate of ME/CFS affecting 2 to 4 per 1000 of the population, and the IoM having a population of around 85,000, the number of people with ME/CFS is likely to be around 250 to 300, possibly even more.  Given that the economic cost to the country here in the UK has been estimated at around £3.5 billion, the cost in the IoM is likely to be around £3 million. This means that there is a very strong case for providing some form of local service where GPs and consultants can refer people for help with both diagnosis and management.

TUESDAY – I MEET CELIA MARSHALL, THE MAIN CIVIL SERVANTS AND THE GP CHAMPION FOR ME/CFS

So to start my visit on Tuesday, Celia Marshall, Chair of ME Support IoM, and I met with Dr Malcolm Couch, CEO at the Department of Health and Social Care, Dr Jugnu Mahajan, Medical Director for the IoM, and Dr Helen Greig, GP Champion for ME/CFS on the island.  Due to a delay with planes from Liverpool, Dr Mike Beadsworth, infectious diseases specialist at Broadgreen Hospital, and Colette Foster, were not able to be there at the start.

ON WEDNESDAY, A DRIVE SOUTH TO SEE CRAIG MORRIS AND THEN THE AFTERNOON MEETING AT ONCHAN 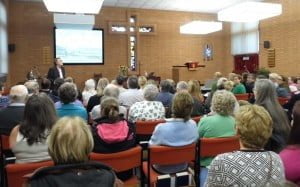 On Wednesday morning, Celia and I went down to the south of the Island to meet Craig Morris – a person with severe ME/CFS and who has done a vast amount to improve recognition of the illness on the island.

On Wednesday afternoon I gave a presentation covering all aspects of ME/CFS to a packed venue in Onchan, In fact, this was ‘standing room only’ by the time we started! The questions that followed illustrated some very serious gaps when it comes to how people with ME/CFS are being diagnosed (or not diagnosed) and managed on the IoM. There were so many questions that the meeting lasted two and a half hours.

THURSDAY – TO THE ISLE OF MAN TREASURY DEPARTMENT, A GUIDED TOUR OF THE MANX PARLIAMENT AND THE GP TRAINING DAY IN DOUGLAS 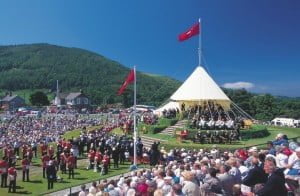 On Thursday morning, Celia and I met with Sheila Lowe, Chief Financial Officer at the IoM Treasury to look at the possible options and cost of setting up a proper ME/CFS referral service.  Also present at this meeting was Ross Stephens, Director of Social Security, who came to discuss problems relating to medical assessments for sickness and disability benefits.  We then met with Phil Gawne MHK (Member of the House of Keys), President of the ME Support Group and a Minister in the Manx Government.  Phil was kind enough to also give us a very comprehensive tour of the parliament building, including the chambers where meetings take place for elected members (the House of Keys) and the Legislative Council (the equivalent to our House of Lords), as well as describing some of the political history of the island.

On Thursday afternoon we were lucky enough to have been given a two-hour slot in the GP training day, which takes place at the main hospital in Douglas.  My presentation concentrated on research, clinical assessment and management.  Dr Beadsworth and Colette Foster spoke about the work of the Liverpool ME/CFS service. This also allowed a number of other health professionals to attend.  As all the GP surgeries on the IoM close in order to allow post-graduate training to take place, this meant I was able to get the message across that ME/CFS is a serious complex multisystem disease, and that the NICE guideline needs urgent revision, to all GPs on the island.  Everyone also received a copy of the MEA purple booklet and the MEA Management Report.  The training event closed with a session on benefits, the changes that are now taking place and those which be taking place in the future.

FRIDAY – COVERING ALL THE MEDIA ANGLES ON MANX RADIO AND A BIT OF WELL-EARNED SIGHTSEEING!

The final engagement took place on Friday morning where Celia and I went to Manx Radio to record an interview that summarised why all these initiatives were underway to try and set up a proper diagnostic and management service on the island. A news item clip from the interview can be heard here: www.manxradio.com/news/isle-of-man-news/chronic-fatigue-treatment-inadequate-says-doctor/ 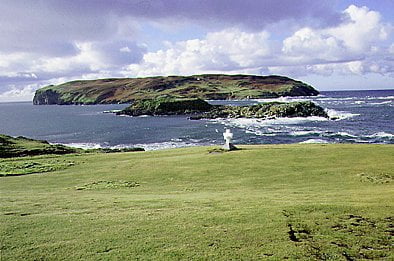 My visit finished with a bit of sightseeing.  The IoM has some very pretty and dramatic scenery.  The farmland in the south reminded me of the Cumbrian fells. There are moorland and mountainous areas as well. Before flying home, we finished the day with lunch overlooking the strong sea currents at The Sound (pictured) and across the water to the Calf of Man – an island that has the largest breeding colony of a sea bird called cloughs.  For those who have never been there, the island is well worth a visit!

On arriving home I thought I would look up the small, unpressurised propellor-driven plane that had taken me across the Irish Sea.  It was a LET 410 – a plane that now heads the list of the world’s most unsafe planes in the Airline Ratings crash list!

My thanks to Celia and Ed Marshall for looking after me so well and everyone on the IoM support group who made this four-day visit so enjoyable and, I hope, productive. 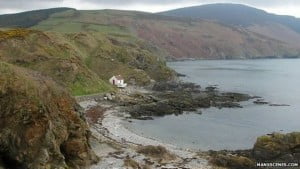 Finally, a special thanks to Sharon Watterson, who painted the picture of Knockuskey Cottage – a tiny crofters cottage on the beach at Niarbyl – which was presented to me at a support group supper on Thursday evening.  The painting is now hanging in my lounge as I write this diary!